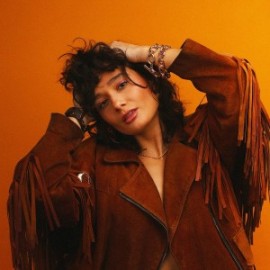 KALLI is an eclectic Montreal-based singer, songwriter & dancer whose work, while speaking to her beliefs, has garnered acclaim from Complex, Highsnobiety, Okayplayer & more.

The KALLITECHNIS sound is, at it is presented: colourful. KALLI celebrates her versatility with every release, as she does not hesitate to express herself through a variety of musical styles, ranging from soothing R&B/Soul to dynamic DnB.

KALLITECHNIS has released music w/ Pusha T, KAYTRANADA, and has been mentored by Babyface. In just two short years, KALLI has accumulated millions of streams, played major festivals, and has sold out her own headlining shows.