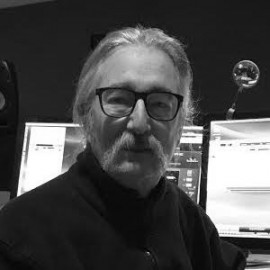 In the early 70's, Leon was hired to be the in-house composer/arranger/producer for one of Montreal's top production shops, Listen! Audio Productions. He was kept busy writing music for commercials, corporate videos as well as themes for many tv and radio shows. With the start of the 90's, he turned his focus to composing for film and tv. Leon has many children's series playing around the world which he has written the music for. Most noteworthy is the highly successful international hit Caillou.
To this day Leon remains very active in the musical world and in 2012 received his 5th SOCAN award in recognition of International Music For Television.